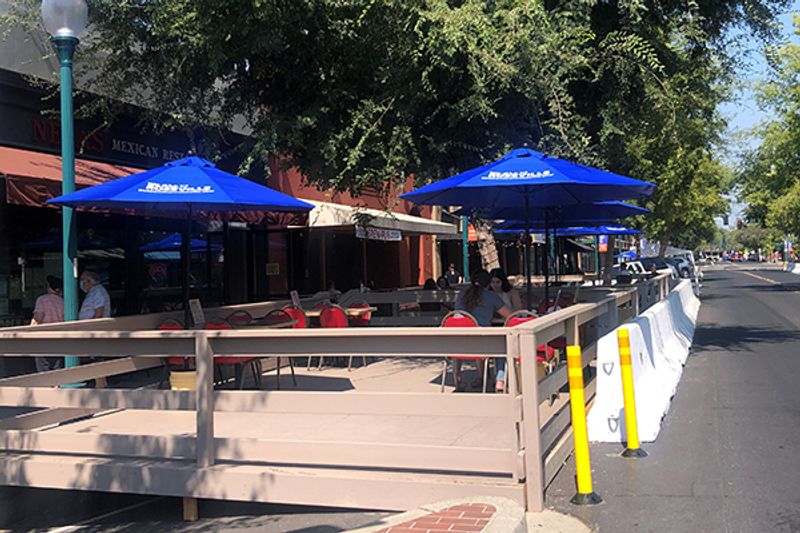 ROSEVILLE, Calif. — Downtown Roseville has taken a creative approach to the challenge of keeping its restaurants open throughout the pandemic.

Just more than a week ago, there were six patio decks built outside the restaurants on Vernon Street in Downtown Roseville. This allowed restaurants to serve guests under California's current safety guidelines.

“It’s going to be a downtown dining experience and it’s going to help the restaurants," said Mark Vespoli, president of Downtown Roseville Partnership. "They’re already having busy days than they already have since COVID started so it’s great news for everyone down here."

This new project brought lots of optimism and hope for businesses in the area.

“It was amazing. It was so encouraging," explained Joshua Lickter, owner of The Fig Tree Coffee. "The city was so supportive of doing this. They pushed it through and waived a bunch of fees. They did everything that they could to make this happen.”

The city of Roseville stepped up to take care of the bill for the decks. Each deck seats about 10-12 tables.

“Restaurants are what generic traffic downtown. So if the restaurants aren’t able to open, that hurts everyone," said Vespoli.

“Without these decks, there’s no way we’ll be able to make it," explained Lickter. "So, being able to have gathering space outside is great, we’ve already seen the fruits of that.”

Since the heat has been a bit of the issue during the summer, the city of Roseville has ordered umbrellas to keep people cool while they dine on the patio.